that end of term madness.. 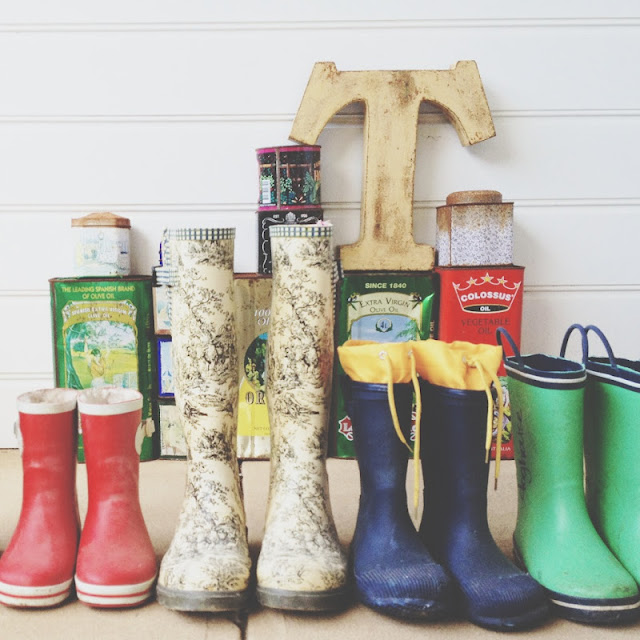 It started as one of those mornings where everything coasts along, everyone does their thing and you think you're travelling well.

A load of washing out to dry, brekky dishes done, lunches packed, when suddenly, just as the big boy heads out the door to ride himself to school, he says...

"Bye Mum! Oh, and by the way, do you think you could just pick up an exercise book on your way to school because I need it first thing this morning.."

This might have been nice to know on Friday! I was in a good mind to say he'd have to make do, but I knew this would have all kinds of snowball effects so just gave a stern talking to and said I'd drop it in to his class before 9.

Then as we're bustling out the door the middle guy strips off his dressing gown to reveal his shorts and t.shirt, no school jumper and 8 degrees outside!

"Where is your jumper?" I patiently ask.  His reply with a shoulder shrug "I don't know, at school somewhere..."

So after the emergency stop off at the newsagent for the all important exercise book, we're straight into the stinky lost property box at school.  No sign of his jumper but I come out with an armful of other kids jumpers I pass over to grateful parents on my way to find my own freezing child, who doesn't seem too fazed at all.

That is until the bell goes.  He lines up and suddenly says, panic stricken.."Mum, you didn't put my costume for the dress rehearsal in my bag!!!!"

I didn't put it in because I didn't know about it because you didn't bring home your diary (again) for me to read that note!  Was what I wanted to say, but didn't in front of his entire class.  Again, I considered telling him he'd have to go without, but didn't think that fair on the poor music teacher desperately trying to co-ordinate over 500 kids for the school concert this Thursday night.

So home I dash to grab his costume, back to his class, where he sits wearing his missing jacket.  Miracles can happen!  Just out of curiosity, I grab the diary off his table to see that note I'd missed and what do you know, it says..

Bugger!  The little guy needs his costume too.  I can just imagine his panic as his teacher at this very moment would be asking all the children to bring their costumes in and put them on their tables.

Madly, I dash home again, grab his costume and race back to school.  I tell you, walking back up that hill to the car again is certainly taking it's toll by now! I've clearly been slack and lost some fitness with this little bubba growing, and I'm reminded to get myself back into walking with this pregnant belly of mine weighing me down more than it should be.

But you know what, as annoyed as I was at all the running back and forth and the disorganisation of this morning, seeing the sheer relief on all three of those little faces made me smile.

I was grateful that I could do all this running about, and grateful that they could rely on me.  Though there will be some serious discussion this evening about preparation and responsibility, I can assure you!